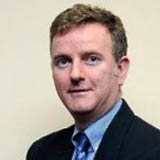 Dr. Breslin graduated from Royal College of Surgeons in Ireland in 1991. Dr. Breslin is a member of the Royal College of Physicians, in Ireland in 1994. He trained in Gastroenterology and Hepatology in the Meath and Adelaide Hospitals, Dublin before completing a Fellowship in Inflammatory Bowel Disease at the University of Calgary, Canada in 1998. He spent a further period of training in The General Infirmary and St James’s Hospital, Leeds. He received his Certificate of Completion of Specialist Training in Gastroenterology, Hepatology and General Medicine from the Royal College of Physicians in London in October 2000. He also received his MD from Trinity College, Dublin.
In 2001 he completed a Fellowship in Advanced Endoscopy at the Medical University of South Carolina, USA. Dr Breslin was appointed Consultant Gastroenterologist and Hepatologist in St James’s University Hospital, Leeds in 2001 where he worked until 2005 when he was appointed as Consultant in the Adelaide & Meath Hospital, Tallaght, Dublin. His special interests include advanced endoscopy, inflammatory bowel disease, liver diseases, and gastro-intestinal cancer.

Services and Procedures
We offer a wide range of gastroenterology services at the Beacon Consultants clinic and Beacon Hospital.