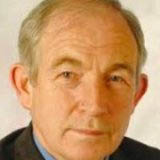 With a global reputation as an academic and clinician, and a world leader in several fields of gastroenterology, Professor Colm O’Moráin is one of Ireland’s leading academic physicians. The keynote speeches highlighted Professor O’Moráin commitment to education and research, and provided an overview of his contributions to each field along with insights into recent discoveries and developments. His many achievements include the discovery by his research group that eradicating the Helicobacter pylori organism leads to a permanent cure of duodenal ulcer. He is a world authority on screening for colorectal cancer and was the driver for the first comprehensive Bowel Cancer Screening Programme in the country. He also pioneered new treatments for both Crohn’s Disease and Ulcerative Colitis, and has been to the fore in advising and designing treatment trials for those conditions.
Amongst his other accomplishments Professor O’Morain is a member, or past member, of many academic institutions. A founder member of the European Board of Gastroenterology, the European Society of Digestive Oncology and the European Helicobacter Pylori Study Group, he is also a member of the Bockus International Society of Gastroenterology and the European representative of OMEG, the World Organisation of Gastroenterology. Most recently he has been elected as a member of the Royal Irish Academy. Professor O’Moráin also sits on the editorial boards of eight peer review journals and has published over 300 peer review articles, and has authored and co-authored six books.