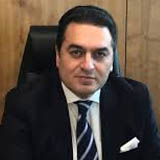 Mr. Kalbassi is an experienced and highly qualified consultant in Colorectal, Minimally invasive and General surgery.
He was educated at Wesley College Dublin and the Royal College of surgeons in Ireland. He completed his specialist surgical training in Ireland and England. He is accredited in Laparoscopic surgery following his Laparoscopic Colorectal surgery fellowship in Wales. He is also an accredited endoscopist internationally by JAG (Joint advisory group for endoscopy in England).
He was previously Consultant Colorectal Surgeon at Northumbria Healthcare NHS trust Hospitals and Nuffield Health Newcastle Upon Tyne Hospital in England. He was head of Colorectal surgery department at Northumbria trust Hospitals for two and a half years before his return to Dublin.
He was appointed as a national preceptor and trainer in Laparoscopic colorectal surgery in England in 2011. He has trained and assessed several consultants in this field. He is well known in international Laparoscopic and minimally invasive surgery forums. He has chaired many seminars and training workshops. He has been guest and keynote speaker at several international congress of minimally invasive surgery.
He provides a comprehensive surgical service at Beacon Hospital with specialist clinics in colorectal and pelvic floor surgery. He has several endoscopy clinics each week offering gastroscopy, colonoscopy and a direct access endoscopy service. He performs therapeutic colonoscopy i.e. EMR (Endoscopic Mucosal resection) for treatment of complex colorectal polyps.
He offers minimally invasive surgery i.e. both Laparoscopic and Robotic surgery for treatment of colorectal cancer and for bowel resection surgery. He sees patients with Chronic constipation, difficult evacuation, rectal prolapse and faecal incontinence. Mr. Kalbassi provides Laparoscopic gallbladder and hernia surgery.
His special interests are in Laparoscopic and Robotic surgery, colorectal cancer surgery, Transanal minimally invasive surgery for early low rectal cancer and complex rectal polyps, pelvic floor dysfunction and functional bowel disorder surgery.
He has been instrumental in development of the pelvic floor services at Beacon Hospital a Multidisciplinary team service.
Mr. Kalbassi is Ireland’s representative to the Pelvic Floor Society an affiliate of the Association of Coloproctology of Great Britain and Ireland.
He is an assistant Clinical Professor in Surgery and Surgical specialties at UCD School of Medicine, University College Dublin. He also is a postgraduate trainer/ faculty at the Royal College of Surgeons in Ireland involved in regular postgraduate training.

Research:
His areas of research have been chronic constipation and biological markers of cancer. He has presented and lectured in these areas and published in several peer review journals. He is on the editorial board of Annals of Colorectal research. He is also a reviewer for the British Journal of Surgery.