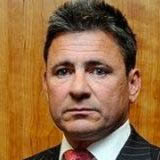 Plastic Surgery Training
Mr Meagher then commenced a six year plastic surgery training program, the first year of which was spent at St James’ Hospital in Dublin and Our Lady’s Hospital for Sick Children in Crumlin, Ireland. The remaining five years were spent in the United Kingdom where he worked at Guy’s and St Thomas’s Hospital, University College Hospital (UCH), the Middlesex Hospital, Queen Mary’s University Hospital, Roehampton, and St George’s University Hospital where he completed his training in 1999, when he was awarded his Certificate of Completion of Surgical Training (CCST) and received a Fellowship of the Plastic Surgery Division of the Royal College of Surgeons (FRCS Plast).
Mr Meagher subsequently spent two years at the Bernard O’Brien Institute of Microsurgery in Melbourne training in microsurgical techniques prior to his appointment, in 2001, as a Consultant Plastic & Reconstructive Surgeon at St George’s University Hospital, London. This is the largest NHS hospital in the UK and is closely linked to St George’s Hospital Medical School where he was an Honorary Senior Lecturer in the Department of Surgery.
In July 2007, Mr Meagher returned to Dublin to work as a Consultant at St James’s Hospital, Dublin 8 and The Beacon Hospital, Sandyford.

Teaching & Training
Mr Meagher is heavily committed to the teaching and training of junior doctors and nurses who have an interest in plastic surgery. Whilst at St Georges in London he was responsible for Registrar training locally, but also a member of the Pan Thames Training Scheme which oversees the training of all plastic surgeons in the South East of England.