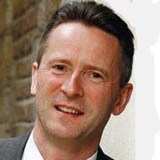 Professor Armstrong, Consultant Radiation Oncologist is presently the Chairman of the Irish Cancer Society. Professor Armstrong was trained at Memorial-Sloan Kettering Cancer Center, where he performed his residency, was Chief resident, and Attending for five years. He directed the lung cancer radiation research programme at Memorial-Sloan Kettering Cancer Center, and coauthored the chapter on non-small cell lung cancer chapter in 4th edition of; “DeVita, Hellman, and Rosenberg, Cancer: Principles and Practice of Oncology,” Lippincott.
He is currently the Director of Research at the largest cancer facility in Ireland, St. Lukes Hospital. Professor Armstrong remains active in research as well as fulfilling the role of Medical Director for UPMC Cancer Centres Ireland
Professor Armstrong has published numerous articles and has lectured extensively in the field of radiation oncology. He has been intimately involved in the rollout of new procedures involving high tech radiation therapy procedures such as Intensity Modulated Radiation Therapy, and stereotactic radiosurgery.

“Our vision in establishing Cancer services at Beacon Hospital was to provide the highest standard of care available anywhere. To make this happen we have developed the Radiation Oncology Department in partnership with the University of Pittsburgh Medical Center (UPMC). UPMC is a world leader in the use of high technology Radiation Therapy to benefit cancer patients.”