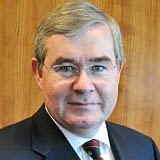 Surgical Training:
Mr. O’Donohoe completed his Basic and Higher Surgical Training in Dublin, Galway, London and North Carolina, USA, in General and Vascular Surgery. He was accredited by the Royal College of Surgeons in Ireland and the SAC in 1996. He has been on the Specialist register of the Medical Council since its inception.
Following a period as Lecturer in Surgery in Trinity College he was appointed Consultant General and Vascular Surgeon in Waterford Regional Hospital in 1999. He left Waterford Regional Hospital in 2000 to take up his present appointments.