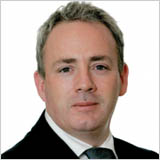 Mr Murphy was educated in Dublin and Wexford, graduating in medicine from UCD in 1993. He trained initially in Belfast and Dublin, and gained his MD following research in venous disease in the RCSI in 2002.
He completed specialist training in vascular surgery in the University of Oxford (2002-2008) where he was Clinical Lecturer in Surgery. He has published widely and was author and co-editor of the Oxford Specialist Handbook of Vascular Surgery. Prior to joining the staff at UPMC Beacon Hospital, Mr Murphy worked as a Consultant in Manchester (Central University Hospitals), a position he was appointed to, following an endovascular fellowship in Australia.
The clinic offers comprehensive arterial, open and endovascular services. We diagnose and treat a wide range of conditions including: